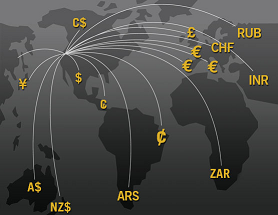 News International has exempted the electricians and the National Union of Journalists from a Christmas deadline for an agreement over The London Post to be printed at Wapping, east London.

An official of the company which owns The Times, The Sunday Times, The Sun and News of the World, said yesterday that the management would be prepared to reopen talks with the NUJ and the Electrical, Electronic, Telecommunication and Plumbing Union (EETPU), but that meetings had yet to be arranged.

Negotiations with the other printing unions, Sogat '82, the National Graphical Association and the Amalgamated Union of Engineering Workers, were at an end however, and there was no intention to revive them.

The move will provide a severe test for the fragile front of solidarity presented by the printing unions which until now has included the NUJ. The electricians' union has already broken ranks by indicating its readiness to sign a legally binding no-strike deal with News International.

Talks with all five unions ended before Christmas without agreement, but the EETPU says its part in the negotiations were conducted only at branch level. The group had previously implied that it might be prepared to meet national EETPU officials after the deadline.

The announcement comes before a joint mandatory chapel (office branch) meeting of NUJ members today at The Times and The Sunday Times to be addressed by Mr Harry Conroy, the union's general secretary. Mr Conroy has been prominent in opposing the stringent demands made by News International for the new paper, due to be printed at Wapping from March.

Mr Norman Willis, general secretary of the TUC, issued 'advice' last month to all unions concerned not to embark upon a deal with the company without the approval of the other unions. At the time, the warning was aimed primarily at the electricians who are also near to signing an exclusive no-strike deal with Mr Eddy Shah for his newspaper, which is due to be launched in the spring.

Further attempts at forming a united front among the unions will be made at a meeting of the TUC's Printing Industries Committee on Friday.

The electricians' executive, however, will be recommended next week to continue talks with News International and the TUC's intervention is unlikely to change the EETPU national officials' strategy.